Truffle seasons, how and when to harvest truffles 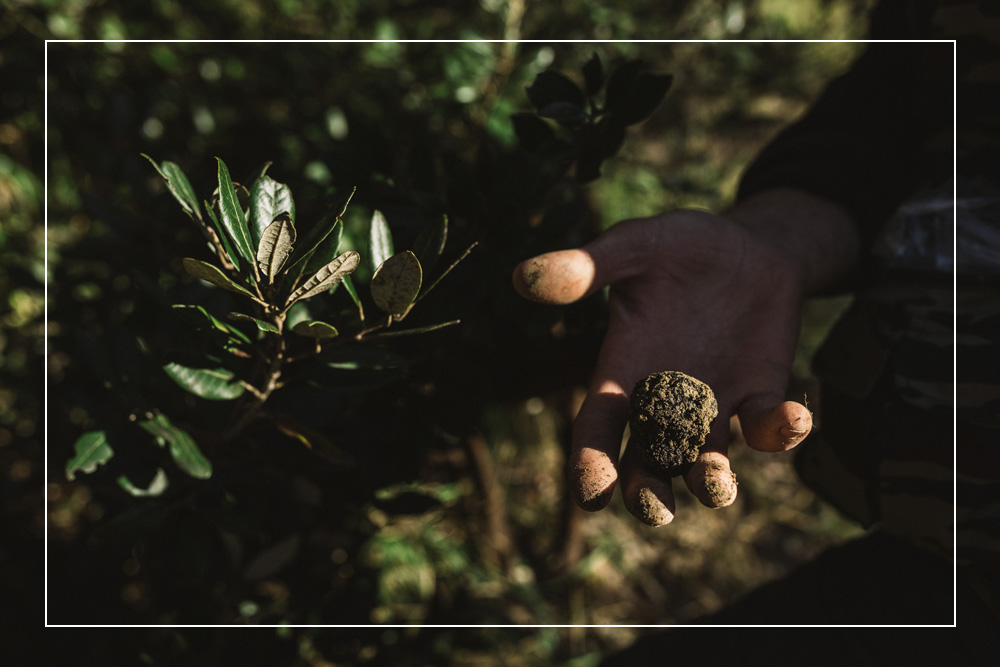 Truffle seasons, how and when to harvest truffles

Each type of truffle has a precise harvest season. Let’s find out which is the right season to find a perfect product.

There are more than one hundred types of truffles existing in nature, but only six varieties (of the nine considered edible) are marketed more frequently: these are the most successful. We are talking about the precious black truffle, the precious white truffle, the scorzone invernale (burgundy truffle), the whitish truffle, the brumale and the summer truffle (or scorzone). All these truffles have unique shades of colors, flavors and scents that make them special and help to distinguish them from each other.

Anyway, even the less experienced people can distinguish them paying attention to truffle seasons.

In fact, all truffles have their harvest periods. During these periods of the year truffle hunting is allowed, otherwise it is strictly forbidden to collect them. In addition to that, hunting truffles the whole time would risk ruining the delicate balance that allows the correct growth of truffles.  So, let’s find out the various truffle harvesting seasons, and everything you need to know about the collection of these delicious and delicate precious mushrooms.

Truffle harvesting, what you need to know to become a truffle hunter

If you are passionate about truffles and want to go looking for them, you must first become a truffle hunter and equip yourself with the appropriate card: it is a document necessary for the research and collection of truffles, which is obtained after attending training courses and passing a suitability exam.

There are very strict laws (providing heavy penalties) to safeguard truffles and their natural habitats, threatened by those who improvise as seekers without being qualified and without having permission to harvest.

In fact, a deregulated truffle hunting would irreversibly damage the habitat of truffles. Uncovered holes, ruined roots, pollution, are all factors that can cause serious damage to the balance of the natural habitat of the truffle and its development.

Therefore, it is necessary to acquire adequate skills, to be able to recognize the different soils, symbiont plants and the woods for truffle harvesting. In addition to that, it is mandatory to own:

In most cases (except in Piedmont, Lombardy, and Liguria), the search is prohibited at night in Italy. It is also strictly forbidden, as already mentioned, to collect truffles outside the harvest season.

First of all, it is important to know that the dates of the beginning and end of the truffle harvest vary from region to region: this is due to the growth and maturation times of the truffle, which are influenced by climatic variations, temperatures, and conditions of symbiont plants.

The harvest period of the precious white truffle (Tuber Magnatum Pico), for example, is from early October to late December. But, because of the extreme delicacy of this tuber, very sensitive to the changes that take place in the surrounding area, it is necessary to preserve its natural habitat and wait until it has reached the right maturation. Thus, it is always important to consult the truffle hunting calendar. This is the only way to avoid fines and to do not compromise the growth of the tuber.

In addition to that, even most experienced truffle hunters might exchange a whitish truffle for a precious white truffle. The trick to distinguish between them is to have a look at the calendar. The whitish truffle (Tuber Albidum Vitt/Tuber Borchii Vitt), in fact, ripens in a different period: its harvest season is from mid-January to mid-April.

The start and end dates of the harvest of black truffles (Tuber Melanosporum Vitt) also vary according to the individual regions. The black truffle hunting runs from mid-November to mid-March, but even in this case it is essential to consult the truffle harvest calendar of the region in which you are.

Where do truffles grow? At what depth are they found?

All truffles are located close to the surface at the beginning of their harvest season. In fact, during growth, they sprout out of the ground for a portion that can reach up to half of their size.

However, this also affects quality: usually the first truffles, often of large size, are also the least mature. If they develop more on the surface they can reach larger sizes, since they have fewer impediments in growth. At the same time this can make them victims of animal attacks, other fungi or atmospheric events that affect their quality.

As the season progresses, we can find truffles deeply in the soil.  The second layer where truffles can be found during truffle seasons is approximately between 10 and 25 cm deep.

Truffles found in this layer are healthier, they have medium size (therefore they’re the most palatable) and well ripe.

To close the circle, we find a third layer, where truffles develop deeper, especially at the end of the season – as we approach the end of the harvest season, they are increasingly smaller and fragrant.

This is just a general rule. In fact, good and small truffles can be exceptionally found also at the beginning of the season, as well as large truffles can be found at the end.

If you are determined to become truffle hunters, then, after obtaining the truffle collection card, you will have to pay attention to several factors: the types of ground, the truffle seasons, the harvest calendar and how to safeguard the natural environment that allows the growth of truffles.

As a matter of fact, this is the only way to preserve this magical natural heritage!