Is the truffle a mushroom or a tuber? The mystery is revealed! 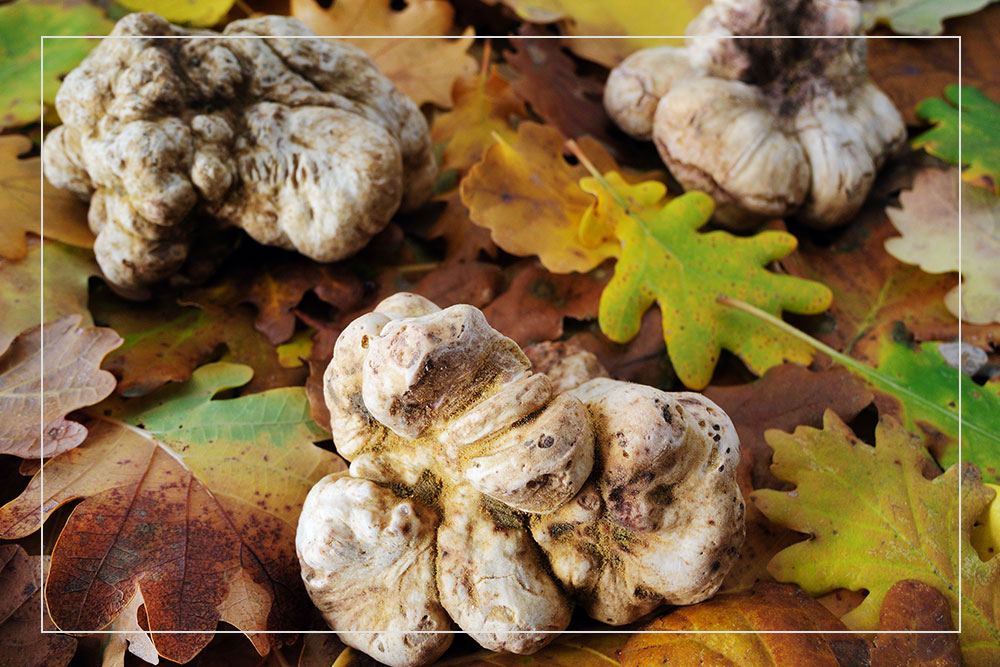 Is the truffle a mushroom or a tuber? The mystery is revealed!

There is often enough confusion about the true nature of the truffle: some consider it a mushroom and others a tuber.

But who is right? Let’s make it clear.

What is a truffle? A splendid accompaniment for a sophisticated dish, a precious ingredient, a touch of class for special dishes. But, in detail, what is its nature? Is truffle a mushroom or a tuber? Hamlet would exclaim: “That is the dilemma!”.

Think about it: if you are a truffle lover, you are probably familiar with the various truffle harvesting periods and seasons, or you are good with matching truffles with wines or cheeses. But could you answer this question without hesitation?

Never fear: who can shed light on the subject if not us at Trivelli Tartufi? The truffle is our daily business and the universe surrounding it is what we deal with every day: then, let’s find out together, whether the truffle is a tuber or a mushroom!

The answer to the question is (drum roll) … The truffle is a mushroom! To be precise, a hypogean mushroom. This adjective comes from the Greek ‘hypògheios’: ‘hypò’ means ‘under’ and ‘ghe’ means “ground”.

In fact, the truffle is a mushroom defined as ‘hypogean’ because it is born and grows underground and feeds on the plants with which it enters into symbiosis, the so-called symbiont plants, such as oak, holm oak, hornbeam, and hazelnut. As a matter of fact, an exchange of nutrients takes place between the truffle and the symbiont plant: the truffle takes what it needs to grow, such as sugars, from the roots of the plant with which it binds, giving it mineral salts in exchange.

However, Tuberaceae are not tubers: they are species that are born and grow underground and are simply tuber shaped. Therefore, the truffle is a mushroom… but in the shape of a tuber! It does not belong to the tuber and potato family and, shape apart, has nothing in common with the latter.

Tuber and truffle: the differences

According to the Wikipedia definition, “Tubers are a type of enlarged structure used as a nutrient storage organ in some plants. They are used for plant perennation (surviving the winter or dry months), to provide energy and nutrients for regrowth during the next growing season and as a means of asexual reproduction”.

On the surface of the tubers are the buds that allow them to reproduce. Sound familiar? That’s right, potatoes. In fact, potatoes accumulate the substances the plant needs to survive and can reproduce through the buds on their surface.

However, this is not the case with truffles. The truffle is a hypogean mushroom that cannot synthesise organic compounds on its own but needs someone to do it for it: and this is where symbiont plants come into play. In fact, truffles take the necessary nutrients from the plants and soil around them and are very attentive to what is happening around. For this reason, it is important that every truffle hunter is always extremely careful not to spoil the soil around the plant and the truffle.

On the reproduction front, the differences between tubers and truffles are also obvious: tubers have buds on their surface that allow them to reproduce; in contrast, truffles reproduce thanks to the spores inside them. For this to happen, animals such as snails, for example, have to feed on them by spreading the spores around.

Why truffles differ from mushrooms?

On the reproduction front, truffles are also unique. They differ not only from tubers, but also from mushrooms. In fact, the spores of mushrooms, called exogenous, are easily dispersed by the wind; on the contrary, those of truffles, called endogenous, need an animal to eat them in order to spread in the environment.

To recapitulate, the truffle is another type of fungus:

– It spreads through the spores found inside it

– To be born and grow, it needs nutrients from the plants with which it binds

Thus, the truffle is not a tuber, but a rare and precious underground mushroom, which we know on the table for its rich and refined taste, but which differs from tubers and mushrooms because of its unique characteristics. Now that you know it, you can call it by its name…but above all, enjoy it with a new awareness!